A Night with Ambassador

I was invited the other night  by Philippine Ambassador to New Zealand  HE  Virginia Benavidez for a formal dinner in Honour of Filipino Recipients of Various Awards at the “Ang Bahay” in Karori Wellington.

It was a wonderful evening and the Vegetarian Menu and the presentation of the foods are unique and delicious . Thanks to Ambassador and her staff.

First , we have Vegetarian Chicken Soup . The soup was placed in a coconut shell instead of a regular bowl. 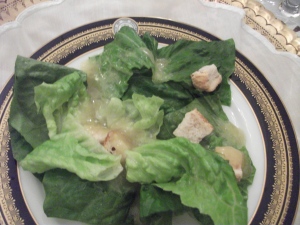 Followed by Lemon and Orange Sorbet.

For dessert, We have Brazo de fruita and Fruits inside a  Dome ice sculpture. Thank you very much to Ambassador Benavidez for a beautiful night and Ms Lisa Jane Estalilla , Philippine Embassy Cultural officer for organizing this event. For more photos check my Captured Snapshots